How to make a Raspberry Pi SeedBox for torrent files?

STEP 1: SSH into your Rasberry Pi

I assume that you have a working Raspberry pi and it is connected to a network via Ethernet or WiFi. First of all, SSH into your Raspberry Pi with your username and password.

Once you have successfully logged in, the next step is to install deluged 2.0.3 which is not available in the Raspbian apt repository. For installing the latest version of the deluged you have to update the source list. For that, run the command nano /etc/apt/sources.list and add deb [trusted=yes] http://ppa.launchpad.net/deluge-team/stable/ubuntu/ xenial main as shown in the below image. Once added press CTRL + X to save.

Once the source list is updated, it’s time to import the public key for the repository. For importing and installing the keys follow the below command.

After the keys are installed, it’s time to update and upgrade the packages. For that, run

After the upgrade, it’s time to install all the necessary package for our torrent seedbox. Run,

Run deluged --version to get the version.

After that backup the newly generated authentication files.

Create a deluge user for the client to access the daemon by editing the authentication-file auth. The auth file should consist of lines of <username>:<password>:<level>. Replace <username> and <password> with your choice and <level> with the value 10 (10 is for Admin rights). Run the command,

We need the above username and password for making a connection with the client later.

Now kick start the deluged daemon again by calling deluged. After that enable remote client configuration in the deluge console. For that run the below command,

STEP 1: Install deluge client on your Linux or Windows PC

Here I am using a Linux machine (Ubuntu)as my client. You can also use a windows machine as your client. But make sure that the version of deluge installed on your client machine (Windows or Linux) should be the same as that of the daemon running on your raspberry pi. Here we are using version 2.0.3 on both the daemon and client. I have used the below Deluge PPA Repository for installing the latest version of the deluge client in my ubuntu machine.

Start the deluge 2.0.3 in your Linux machine as in the below image. 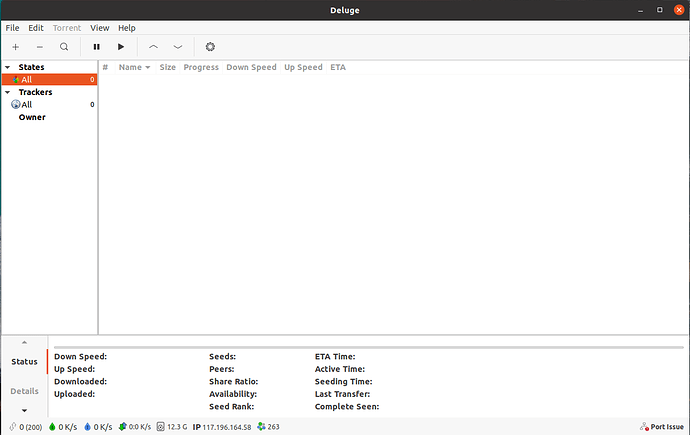 Go to Preferences → Interface and select Thin Client. After that click Apply. 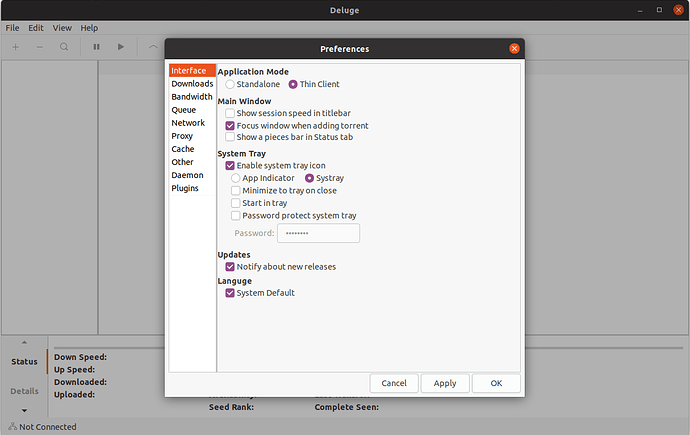 The deluge application will automatically restart with a connection manager as shown in the image. Click on the Add button to add a host ( Raspberry Pi).

Now use the username, password we created during configuring deluged ( STEP 3 ) and the IP address of your Raspberry Pi as in the below image. 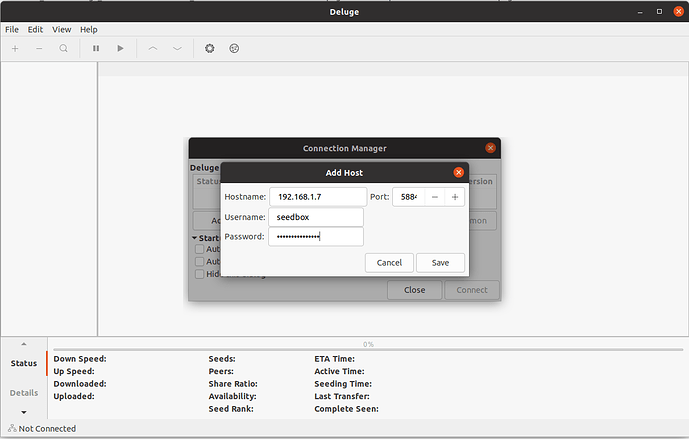 If everything is done correctly, you will see something like in the below image. It means that we are ready to connect to our Raspberry Pi. 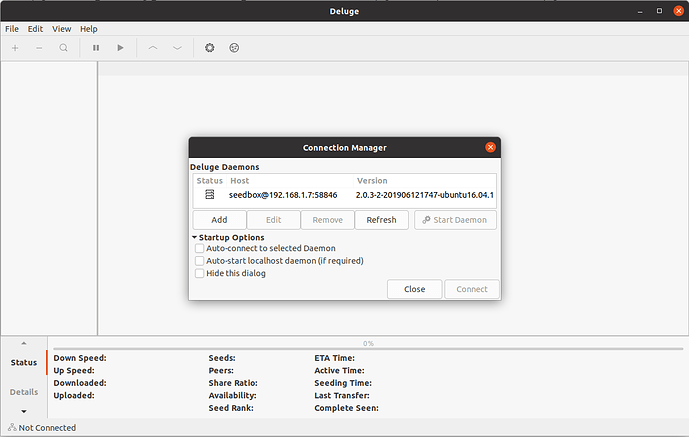 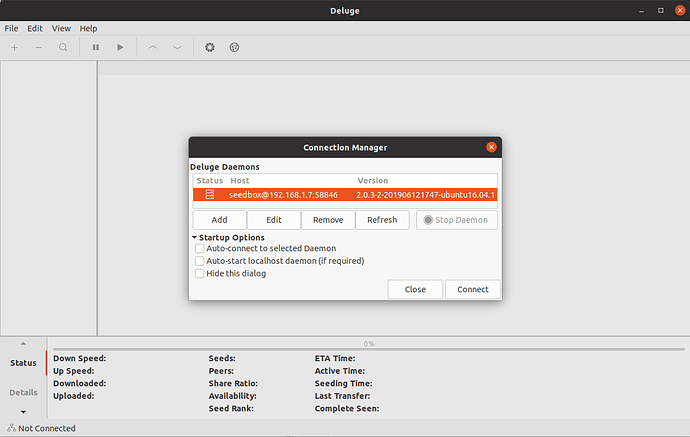 After that Go to File->Add torrent->Files and select your torrent file. That’s it! 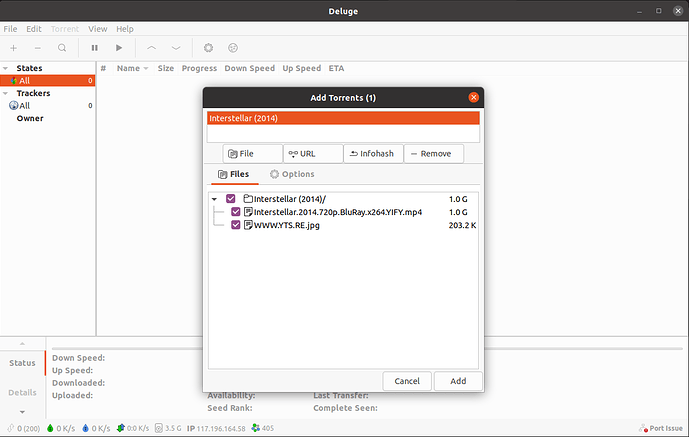 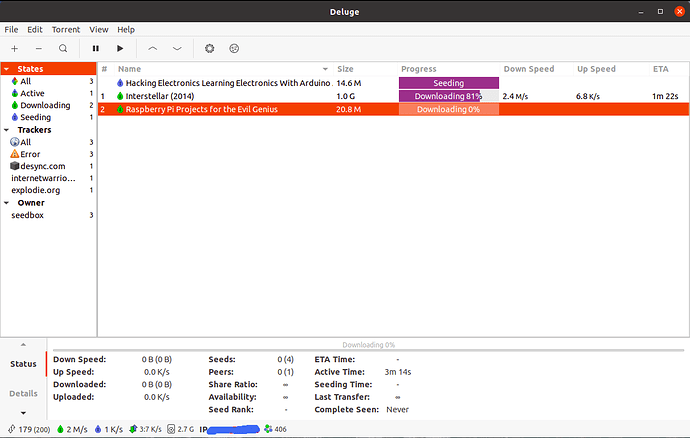