I am an MCU software engineer, recently received a project to make a coffee machine for household requirements with a touch screen operation. I choose the STM32 as it is kind of simple and easy MCU to use. I choose STONE’s touch screen display, the screen is simple and easy to use. My STM32 MCU uses UART for communicating with the display.

STONE serial LCD display screen, which can communicate through the serial port of MCU. At the same time, the logic design of the UI interface of this display screen can be designed directly by using the STONE TOOL Box provided by STONE’s official website, which is very convenient. So I’m going to use it for this coffee machine project.

At the same time, I will simply record the basic development. Since this is a project of my company, I will only record a simple demo and not write the complete code. Some basic tutorial about the STONE display screen available here: https://www.stoneitech.com/

The website has a variety of information about the model, use and design documentation, as well as video tutorials. I won’t go into too much detail here.

With these concepts in mind, you can design a UI interface. STONE’s touch screens UI design is relatively simple. The STONE TOOL Box help you to design UI with good pictures into the screen and add your own buttons.

According to functional requirements, I made the following two UI display interfaces, one is the main interface and the other is the button effect. 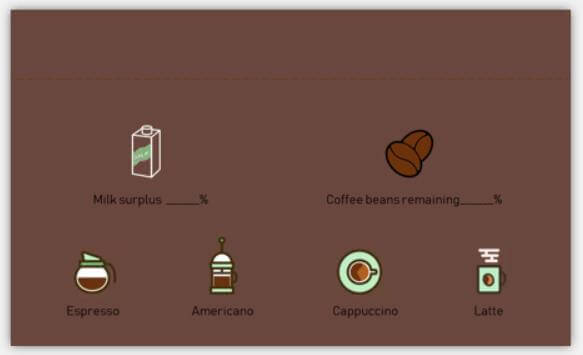 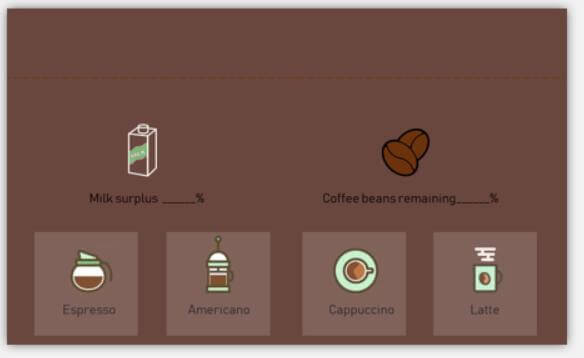 Use of STONE TOOL Box

Open the STONE TOOL Box to create a new project, then import the designed UI to display pictures, and add your own buttons, text display boxes, etc. The official website of STONE has a very complete tutorial on how to use this software：

The effects of adding buttons and displaying components in the STONE TOOL Box are as follows: 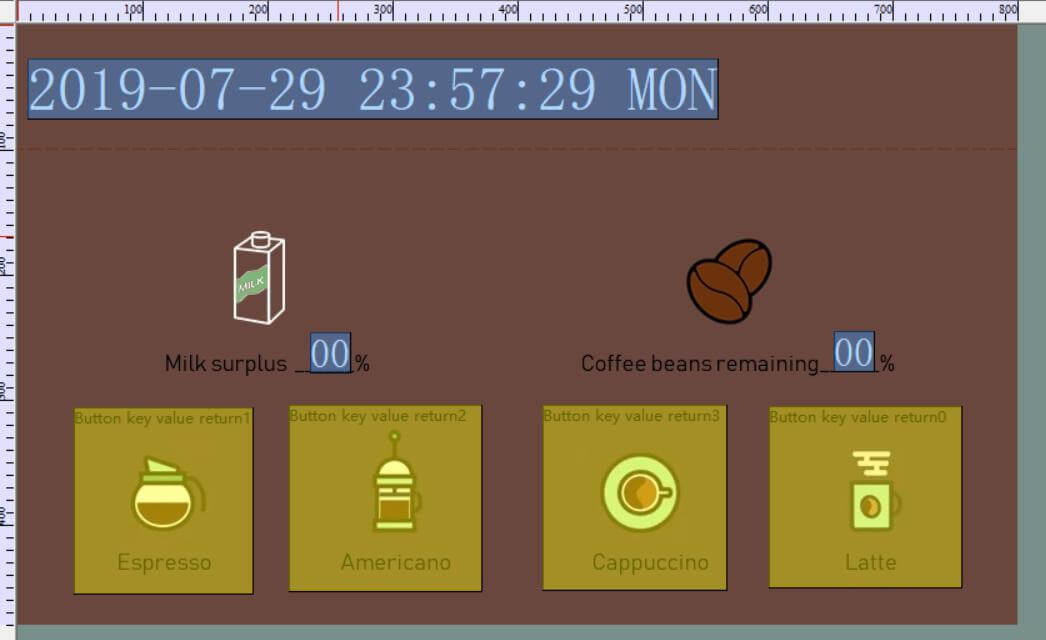 STONE TOOL Box has the function of simulation display, through which you can see the operation effect of UI interface: 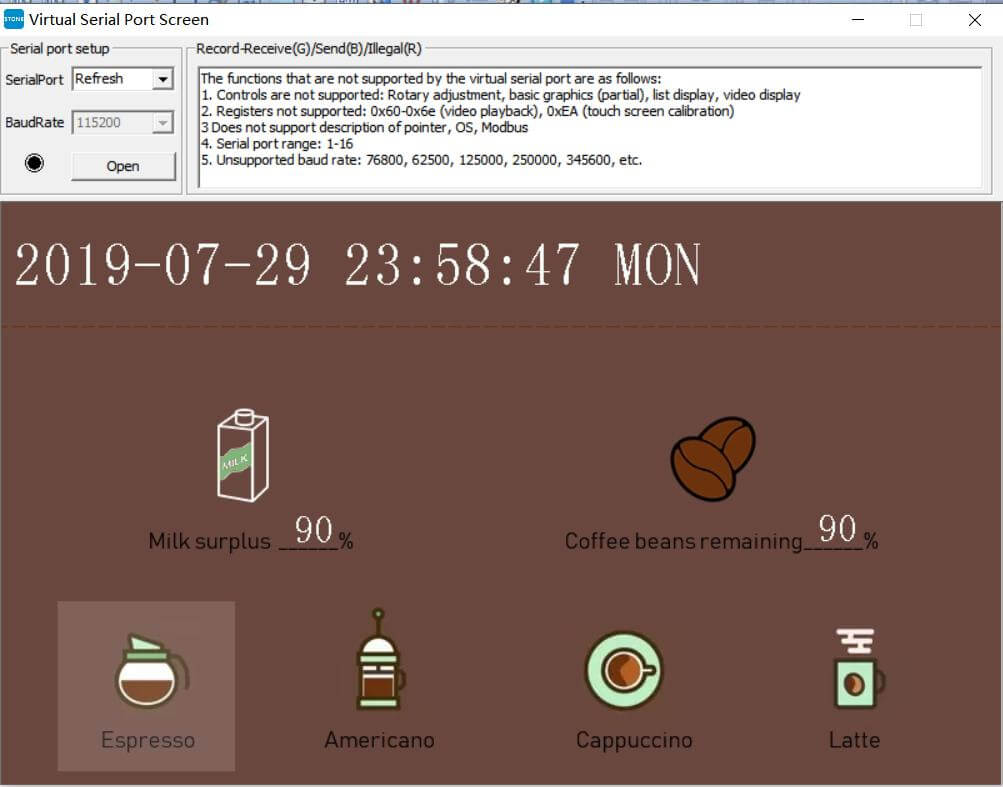 At this point, my UI display is complete, and all I have to do is write the MCU code. Download the files generated by the STONE TOOL Box onto the display screen to see the actual results. 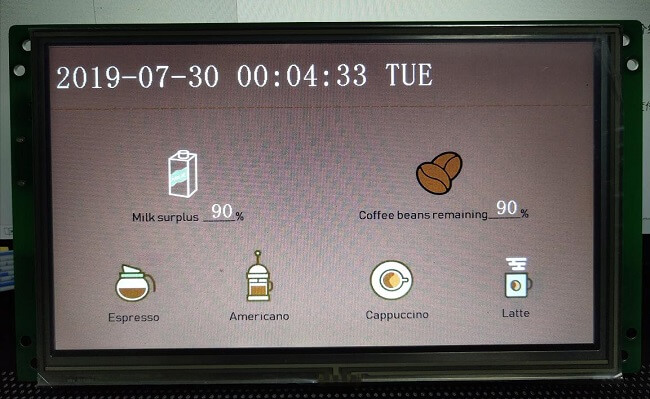 STM32F103RCT6 is powerful MCU. Here are dome of its basic parameters of the MCU:

In this project, I will be using UART, GPIO, Watch Dog and Timer of STM32F103RCT6. The development of these peripherals is documented below.

I use Keil MDK software development, which is no stranger to you, so I will not introduce the installation method of this software.

STM32 can be programmed by j-link or st-link programmers. The following picture is the STM32 circuit board I used: 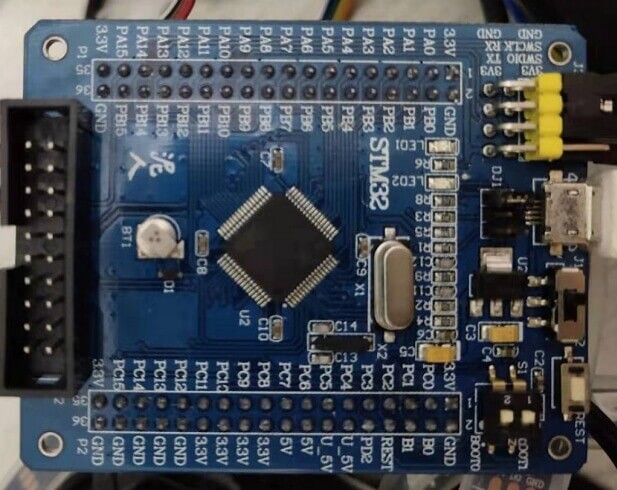 In the user interface of this project, there are a total of four buttons, which are actually the making of four kinds of coffee. In the coffee machine, controlling the number of coffee beans, milk consumption and water flow for different coffees are actually realized by controlling sensors and relays, while I simply control the GPIO pin.

For example, when we set the timer to count up and when the value of the counter is equal to ARR, it will be automatically cleared by the timer to 0. The timer count is restarted and once the ARR value is updated.

Where Tclk is the clock source of the timer, here its is 72Mhz.

We divide the allocated clock frequency, specify the frequency division value as PSC, then divide our Tclk into PSC +1, the final frequency of our timer is Tclk/(PSC +1) MHz

To prevent the system from crashing while the program was running, I added the watchdog. In fact, all projects that use the MCU generally use a watchdog.

STM32 has two built-in watchdogs, providing greater security, time accuracy and flexibility. Two watchdog devices (independent watchdog and window watchdog) can be used to detect and resolve faults caused by software errors. When the counter reaches a given timeout value, an interrupt (window watchdog only) or system reset is triggered.

Driven by a dedicated low-speed clock (LSI), it works even if the master clock fails.

It is suitable for use in situations where the watchdog is required to work completely independently outside the main program and requires low time accuracy.

Driven by the clock from APB1 clock after frequency division. Detect abnormally late or premature application operation through a configurable time window. Suitable for programs that require watchdogs to function in precise timing Windows.

The Main logic in the Main function is as follows:

In the timer interrupt, my goal is to check how much coffee and milk is left, and then send the detected value to the display screen through a serial port.

Write in the last

The code part of STM32 only adds the peripheral driver of MCU and related logic code. Also considering the confidentiality of the company’s project, the specific key technology part is not given, please understand. However, according to the code I provided, cooperate with STONE display screen. my friends who are also software engineers need only spend a few days to add key technical parts to my code framework to complete the project.