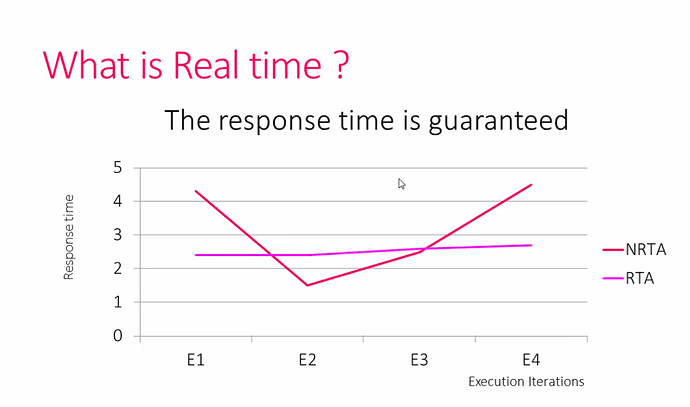 What are Real-Time Applications (RTAs)?

RTAs are time deterministic applications, which means their response to events is almost constant. Depending on the response timing the RTAs are classified into two.

The response time of Soft RTAs could make a small deviation in terms of milliseconds or even seconds whereas the Hard RTAs must complete within a given time limit, failure to do so will result in absolute failure of the system. 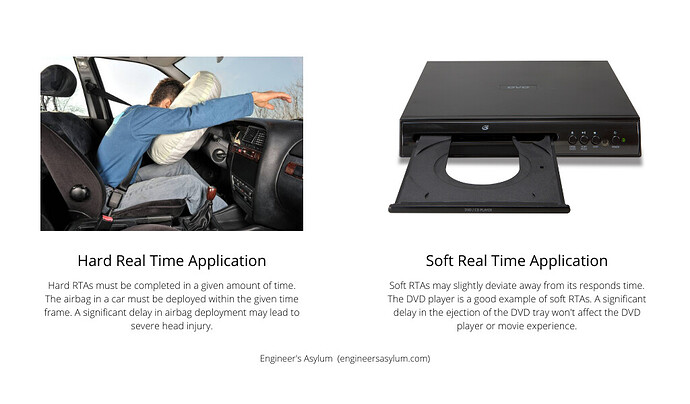 Debunking some myths in RTA 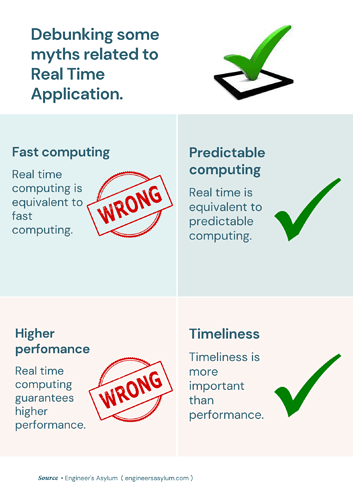 Next Chapter: RTOS vs GPOS (In terms of Task Scheduling)