What is IoT (Internet of Things)?

What is IoT (Internet of Things)?

Well, for some of us IoT is the magic wand that connects everything to everything via the internet. It’s good, isn’t it? or it’s not? Well, we will look into it later in this blog, let’s dig some history of IoT. 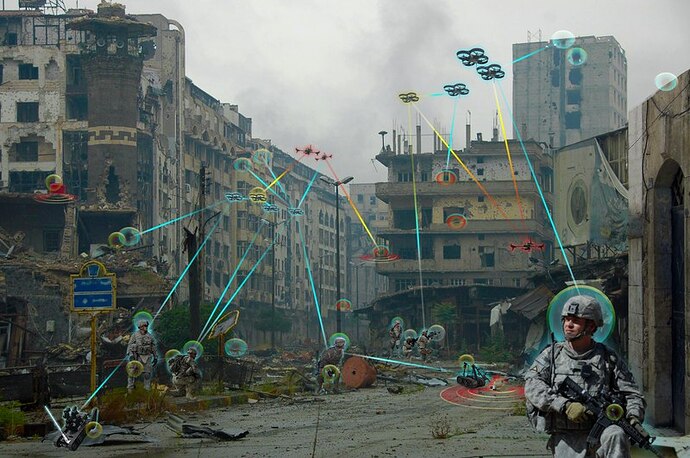 The main concept of a network of smart devices was discussed as early as 1982, with a modified Coca-Cola vending machine Carnegie Mellon University becoming the first Internet-connected appliance, able to report its inventory and whether newly loaded drinks were cold or not.

Mark Weiser’s 1991 paper on ubiquitous computing, “The Computer of the 21st Century”, as well as academic venues such as UbiComp and PerCom produced the contemporary vision of the IoT.

In 1994, Reza Raji described the concept in IEEE Spectrum as “[moving] small packets of data to a large set of nodes, so as to integrate and automate everything from home appliances to entire factories”.

Between 1993 and 1997, several companies proposed solutions like Microsoft at Work Novell NEST. The field gained momentum when Bill Joy device-to-device communication as a part of his “Six Webs” framework, presented at the World Economic Forum at Davos in 1999.

The idea of the connected device originated in the '80s and it progressed to the idea of IoT which we see today.

The extensive set of applications for IoT devices is often divided into consumer, commercial, industrial, and infrastructure spaces. Some of the many application of IoT is,

A large portion of the IoT market is focused on home automation, wearable technology, health, and remote monitoring.

The smart home is the 21st-century concept of a house that incorporates various sensors, home appliances, and cameras to build an automated safe, secure, and energy-efficient house.

One of the main advantages of IoT is that it can take care of the elderly and individuals with disabilities. Companion robots with voice assistance are already available in the market.

For Medical and Health purposes, the Internet of Medical Things (IoMT) plays a significant role in the field of data collection and data analysis for research and monitoring. The IoMT is referenced as “Smart Healthcare”, as the technology for creating a digitized healthcare system, connecting available medical resources and healthcare services.

The concept of connected vehicles is already in the air for a long and so far we have seen anything about it. The problem is connectivity on the roads. The current 4g infrastructure is not sufficient to meet the requirement of connected vehicles. But this won’t be an issue once 5g is rolled out. Although, IoT is used in logistics to track shipments and vehicles using the current 4g infrastructure.

An IoT ecosystem consists of web-enabled smart devices that use embedded systems, such as processors, sensors, and communication hardware, to collect, send and act on data they acquire from their environments.

IoT devices share the sensor data they collect by connecting to an IoT gateway or other edge device where data is either sent to the cloud to be analyzed or analyzed locally. Sometimes, these devices communicate with other related devices and act on the information they get from one another. The devices do most of the work without human intervention, although people can interact with the devices – for instance, to set them up, give them instructions or access the data.

The connectivity, networking, and communication protocols used with these web-enabled devices largely depend on the specific IoT applications deployed.

IoT can also make use of artificial intelligence (AI) and machine learning to aid in making data collecting processes easier and more dynamic.

What are the basic elements of an IoT?

According to keyinfo.com, some of the pros and cons of lots are stated below:

Automation leads to uniformity in tasks, quality of service and control of day-to-day tasks without human intervention. Machine-to-machine communication also helps maintain transparency throughout the process.

Machine-to-machine interaction provides for better efficiency, enabling people to focus on other jobs.

In addition to the optimal utilization of energy and resources, the IoT helps alleviate the problems associated with bottlenecks, breakdowns and system damages.

As many of our everyday appliances, machines, and services become connected to the internet, much more information is readily available. It makes it harder to keep confidential information out of the hands of hackers and other unauthorized users.

Currently, there is no international standard of compatibility for the IoT which can make it hard for devices from different manufacturers to communicate with each other.

Because the IoT is such a vast, diverse network, a single failure in either the software or hardware can have disastrous consequences.

As IoT brings in more consistent automation, we could see a decline in the need for unskilled employees in the workplace.

As our lives become more and more dependent on technology, basic human interaction skills will be reduced across society.

This is a detailed post about IoT, thanks for sharing.